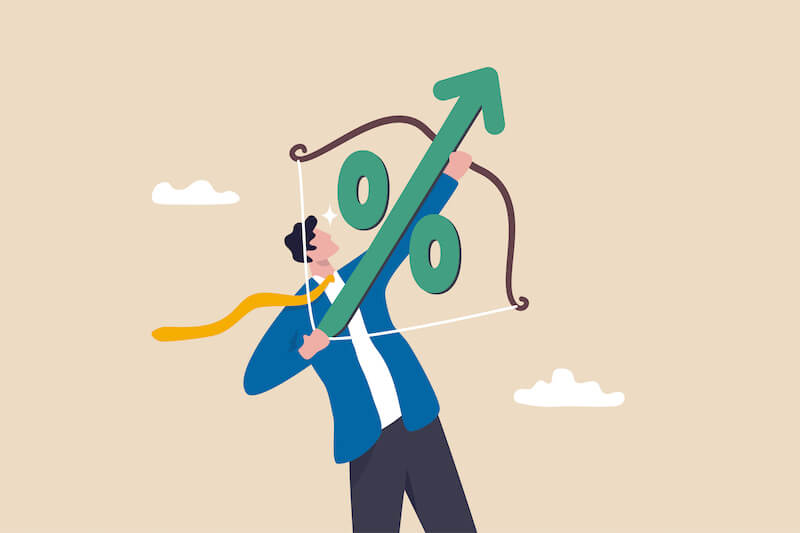 What’s the difference between fixed and variable interest rates?

Simply put, a fixed loan rate has the same interest rate for the entire borrowing period. On the contrary, a variable interest rate is a rate that changes over time. So what does this mean and how much will it change? Who determines the interest rates? Let’s explore below

A fixed interest rate will never change throughout the course of your loan.

Pros and cons of fixed interest

On the flip side, variable interest rates can fluctuate throughout the course of the loan.  So, while you might start out with a low monthly payment, you could end up paying more years down the line.

For example, if you took out a 30-year loan with a starting rate of 3.25% for the first 5 years, you would pay about $870 a month for those first five years. Starting on year 6, the interest might go up 1%, which means your monthly payment could increase to $1,342.

There are a few different kinds of loans you can get with variable interest rates. These include:

When a mortgage has a variable interest rate, it is usually referred to as an adjustable-rate mortgage. Common fixed-rate interest rate periods on these types of mortgages are usually three, five, or seven years (expressed as 3/1, 5/1, or 7/1). A 3/1 mortgage keeps the same interest rate for the first three years and increases on year 4, etc.

How are interest rates determined?

This answer is tricky because it will change. Obviously when interest rates are low, it can be beneficial to get a variable interest rate loan. And, studied have shown that the borrower may end up paying less over time with a variable rate. However, there are no guarantees that interest rates won’t skyrocket. In general, the longer you plan to have the loan, the riskier the adjustable rate will be. It’s common that many borrowers may not be able to appropriately budget for rising interest and payments can become unmanageable.


*See Credible’s site for full Terms & Conditions on the personal loans “best rate guarantee” deal. ⓘ Requesting prequalified rates on Credible is free and doesn't affect your credit score. However, applying for or closing a loan will involve a hard credit pull that impacts your credit score and closing a loan will result in costs to you.
More info
Our Top-Rated Partners

GET MY RATE
Advertising Disclosure
X