What’s the Difference Between Interest Rate and APR? 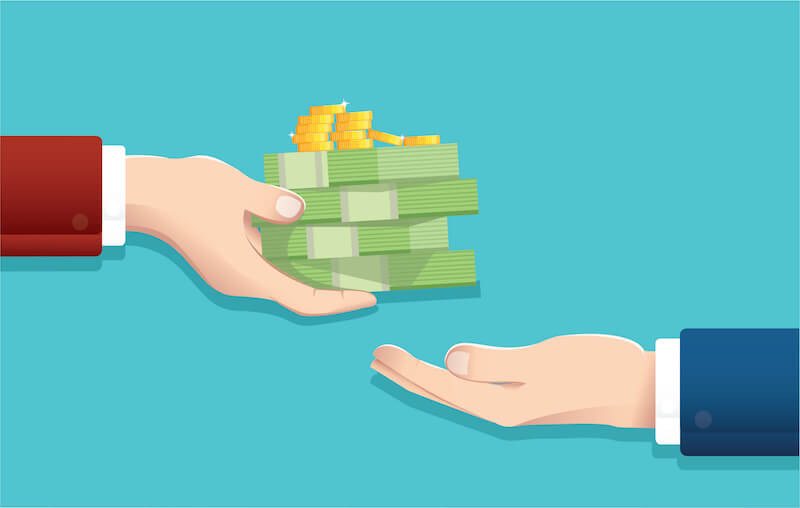 When evaluating the cost of a loan, two commonly conflated terms are often at the forefront of discussion; Interest rates and APR, otherwise known as the annual percentage rate. What’s the difference and how are they related? How will I know if I’m getting the best option? To properly understand how interest rates are determined and ultimately get the best rate, we must first establish the differences between these two concepts. When shopping around, it’s helpful to know if a lender is making up for hidden fees with a low advertised interest rate, which is what the APR can tell you.

What is an Interest Rate?

Simply put, a loan’s interest rate is the percentage you’ll pay to borrow money for a specific period of time. It does not reflect fees or other charges you will ultimately be responsible for (those are included in the APR). A fixed interest rate means it will stay the same over the course of the loan, while a variable rate means that it can change based upon market rates. Generally, variable rate loans tend to have lower interest rates than fixed versions because they are a riskier choice for consumers. Fluctuations in the market may cause a rise in interest rates, which will increase the cost of borrowing. Interest rates are always expressed in a percentage. Let’s say you borrow $100,000 and your interest rate is 5%. You’ll end up paying 5% in interest every year which is $5,000 annually, or $416.66 a month.

Interest rates are typically proportionate to risk. Each lender will assess each borrower’s risk of defaulting. The rule of thumb tends to be; the lower the risk, the lower the rate. Lenders will of course also look to make a profit on the loans they make, so the interest rate includes both the cost of the risk and the cost of servicing the loan.

Interest rates can also be influenced by the Federal Reserve, also known as the Fed,  which is essentially the prevailing rate established by the bank. The Fed’s goal is to influence the economy so inflation sits around 2% and prices remain stable. In the context of loans, the federal funds rate is the rate at which banks will lend reserve balances to other banks. For example, during a recession, the Federal Reserve will typically slash federal funds to encourage people to spend more money and thus stimulate the economy. The opposite is true during periods of economic boom. When the economy is thriving, the Federal Reserve will often raise interest rates.

Other factors that influence interest rate include:

You might be wondering what restrictions are in place to prevent interest rates from rising to the moon. Most variable rates have ceilings, which will protect borrowers, but the caps themselves are sometimes set at high levels and can still fluctuate based on the market. Interest rate caps are most commonly used in variable-rate mortgages and specifically adjustable-rate mortgage (ARM) loans.

The APR is a broader measure of your overall cost for borrowing money. The Annual Percentage Rate reflects not only the interest rate but broker fees and other pesky charges that might be a part of the total you’ll owe over the lifetime of your loan. Imagine APR as the entire pie, while the interest rate is only a slice.

Banks will use an APR calculation formula to determine how much interest you’ll pay on your outstanding balance. It’s always a good idea to ask the lender what is and isn’t included in the APR so you have the most accurate idea of your total cost.

If you currently have several APR loans, there is always the option to consolidate, and this can take several forms. Debt restructuring loans allow you to bundle all your debt into one monthly payment with one APR. Debt consolidation loans are useful for managing specific lines of credit and high-cost loans like general credit cards, payday loans, and title loans. It’s important to understand that debt consolidation loans simply move your debt around and sometimes lower the cost of paying it back, but they will not erase your debt or lower the total amount you owe.

So how do I know my lender isn’t hiding additional fees? The Truth in Lending Act (TILA) was implemented in 1968 and acts as a consumer protection law that specifies which information lenders must disclose to borrowers. Though lenders will bury fees within the APR, the TILA is in place to protect those who need to borrow money by giving full disclosure. Lenders must disclose:

TILA does not put restrictions on banks regarding how much interest they can charge or whether or not they must grant a loan. A smart consumer will still need to comparison shop in order to make sure they’re getting the best rate.

When shopping for a loan, always remember to pay close attention to both the interest rate and the APR. The APR is a more accurate representation of the total cost and paints a larger picture of the total amount you will owe. It’s crucial to know all the options at your disposal before selecting a loan. At the end of the day, an educated consumer will always get the best rate.


*See Credible’s site for full Terms & Conditions on the personal loans “best rate guarantee” deal. ⓘ Requesting prequalified rates on Credible is free and doesn't affect your credit score. However, applying for or closing a loan will involve a hard credit pull that impacts your credit score and closing a loan will result in costs to you.
More info
Our Top-Rated Partners

GET MY RATE
Advertising Disclosure
X